Possibly the most architecturally recognized home in Hampton Roads was up for sale recently has been sold for 2.2. million.   The Cooke House was designed by American architect, interior designer, writer, and educator Frank Lloyd Wright.  Some consider Wright the greatest architect of the 20th century, and the greatest American architect of all time.  He believed in designing structures that were in harmony with humanity and its environment, a philosophy he referred to as  organic architecture.  Wright’s  American style of architecture emphasized simplicity and natural beauty in contrast to the elaborate and ornate architecture that had prevailed in Europe at the time. 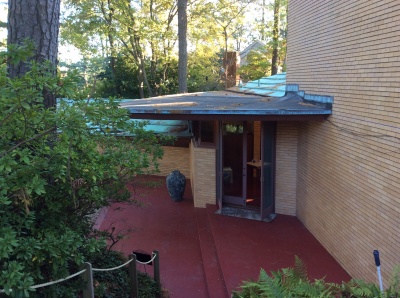 The 3,000-square-foot house has 4 bedrooms, 3 complete bathrooms, 3 zone radiant heat in the floor, 2 zone central air conditioning, and Indirect lighting.  It features concrete floors and the furniture was designed by Frank Lloyd Wright himself.  One of the most prominent pieces is the 40 foot built-in sofa in the great room that is staying with the home.  There is a curved window wall in the 70ft Great Room, supported by cypress beams that overlook Crystal Lake (picture a scene from the famous movie On Golden Pond).  The Atlantic Ocean is just a few blocks away and it’s the only Frank Lloyd Wright home with direct boating accessibility from house to Atlantic Ocean and the Chesapeake Bay. 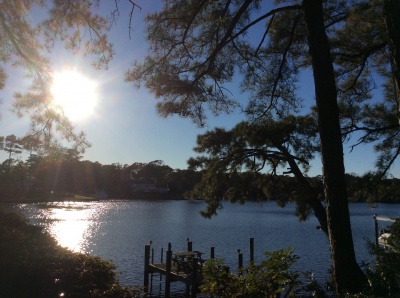 The home was named for Maude and Andrew Cooke who had a dream to live in a house designed by the famous Frank Lloyd Wright.  Mrs. Cooke wrote the first letter of many to follow back in 1951 to the famous architect asking for Mr. Wright to help her and her husband get the beautiful house they have “dreamed” of for so long.  Their dream persisted throughout years of correspondence.  A rendering from 1953 shows  plans for the 3000 sq ft home and hey were delivered in 1957.  Construction then began  in 1959, two weeks before the architect's death.  The house was completed in 1960.

The Cooke family (Maude, Andrew and their three children) moved into the home on Crystal Lake in October of 1960.  At that time, the original budget of $40,000 had grown to over four times that amount and the family lived in their dream house for 23 years.

The longtime 90-year-old owner felt "it's just come time to really sell it” and the new buyer, a Virginia Beach businessman who currently resides at the North End has wanted the home for more than 30 years and was the first person to inquire about it when it went up for sale. 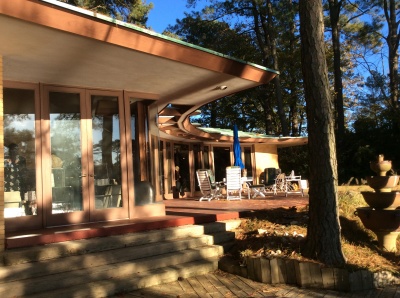 The house is the only Wright-designed house in the Hampton Roads region and one of only three in Virginia (the other two are located in Northern Virginia).  It also is one of the famed architect's last designs before he died in 1959.

The Real Estate Market Outlook One of the things that real estate professionals get asked all of the time, is about "the market". What is the ...Read More 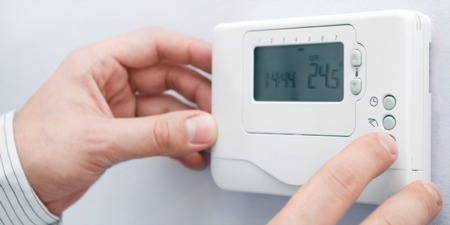 How Your Heating and Cooling System is Affected by Drastic Changes in Weather Living in Hampton Roads has many benefits...but one of my favorites ...Read More

Does your Home or Business Air Conditioning system use R-22 Refrigerant?

Does your Home or Business Air Conditioning system use R-22 Refrigerant? Why is this important and what you need to know.   Whether you ...Read More