The percentage of women over the last decade in the work force has risen roughly 11 percent and women going into 2014 are projected to account for 47 percent of the total labor force according to the United Stated Department of Labor. Demographic changes are helping to fuel the trend.
More women than ever are the primary earners in their households, according to a recent Pew Research Center study. In a record 40 percent of American households with children— nearly four times the level in 1960 — women are the breadwinners. And about two-thirds of these breadwinners are single.  According to the National Association of Realtors, single women accounted for 16 percent of home buyers last year, lower than their long-term average of 20 percent. Yet they were still well ahead of single men, who accounted for only 9 percent.

Single women with no children are on track to out earn their male counterparts in many metro areas. This could allow greater numbers of women in this demographic to make major purchases, such as new property.  Solo females began to outpace lone males in purchasing homes in the early 1990s. By 1999, single women represented about one in five total sales, buying homes at twice the level of single men, a proportion that has held roughly steady since, according to National Association of Realtors data.
Women often handle credit more responsibly than men, on average, according to Experian, which reports that men have a 7 percent higher incidence of late mortgage payments and 4.3 percent more debt than women.
The number of single people buying homes has dipped in the last few years, but single women remain better represented among buyers than single men. Today they are buying at roughly twice the rate.

No one is really sure why men haven't caught up to women in home-buying, but “it may be as simple as most guys don’t get serious about housing until they meet the right woman,” said Walter Molony, a spokesman for NAR.  In Hale Walker 's experience (a founder of Michigan Mutual, a mortgage lender in Port Huron, Mich.) single women are more proactive
these days in planning for their financial future, and they often approach a home purchase as a smart addition to their portfolio. He categorizes them with engineers and schoolteachers as the type of client who tends to be focused and organized.

A 2012 blog post on Redfin revealed that women buying a home are more focused on whether they love it -- 46 percent of women first evaluate a home based on this, compared to 24 percent of men. Fifty-four percent of women and 76 percent of men evaluate a property based on cost and value.  Interestingly, these women aren't against buying a
house that requires some work. "[Single women] are a very discriminating buyer," says Karen Krupsaw, Vice President of Real Estate Operations at Redfin, "I don't think they're unrealistic. They can see beyond the way [a property] may show as well as how they can fix it up and how it can be a dream home."

Based on these stats, forget being homemakers—single women are now homebuyers!  If you're in the market for a home, I'm here to help.
Give me a call at 757-816-1676 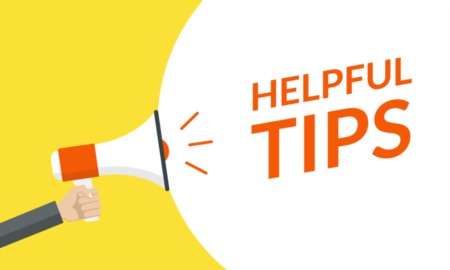 Tips for a Smooth Loan Approval

Tips For a Smooth Loan Approval * Do continue making your mortgage or rent payments * Do stay current on all existing accounts * Do keep Working at ...Read More