Something for Everyone = East Beach

Something for Everyone = East Beach

Norfolk, VA is home to one of the most sought after waterfront community neighborhoods on the East Coast.  It’s ideally located with only a short commute to the Norfolk International Airport and a quick 20 minutes to downtown Norfolk.  Two major military bases (including the world’s largest naval base) are less than 9 miles away.

East Beach was first developed in 2002 as a “Traditional Neighborhood Development” (TND), otherwise known as New Urbanism {a movement in urban planning that reflects a return to the classic American hometown, with mixed uses and pedestrian scaled streets.}  It was designed and built in the style of traditional Atlantic coastal villages with a master plan that encourages a sense of community as it weaves the natural features of the neighborhood with mixed uses of retail, office space, schools, and restaurants.  Streets are intimate and narrow to slow down the traffic and encourage residents to walk. Any part of the neighborhood is accessible in less than a ten minute walk so you will find plenty of tree lined streetscapes throughout that were designed with walking, running, and biking in mind. This is a village created to bring people together….whether you’re on the beach, playing in one of the many neighborhood parks, rocking on your porch, or pushing a baby stroller down one of the sidewalks. A neighborhood planned for pedestrians so that shops, amenities, and schools are all within easy walking distance.

You will find East Beach situated right on the Chesapeake Bay where the Bay meets the Atlantic Ocean.  This waterfront community is the only place where one can walk just a few short blocks to the Chesapeake Bay and walk in the other direction to Pretty Lake’s deep water marinas and the various shops and restaurants along Pretty Lake Avenue.

Homes are designed in established architecture styles which feel like they’ve been there for centuries with a mix of housing styles (condos, townhomes, single family homes and carriage house apartments) that are all built with materials that will withstand nasty weather and the forces of Mother Nature as well as the salt from the Chesapeake Bay.  Thus you can rest easy that your home will still be standing for future generations to come.

Probably one of the coolest things about East Beach is that it’s among the few communities in Hampton Roads that allow golf carts on the streets.  Perfect to ride up to “The Bay Front Club” (the social club of the entire neighborhood).  Here residents can reserve it for parties, watch a concert on the bay, splash in the pool, workout at the fitness center or just read a book from the library.  Besides the picture perfect magazine worthy view ...it’s ideal for watching the navy ships come into the Chesapeake Bay.

Based on all this it’s easy to understand why East Beach has been the site of the 2011 Coastal Living Ultimate Beach House as well as home to several of Tidewater Builders Association’s Homearama since it's inception. 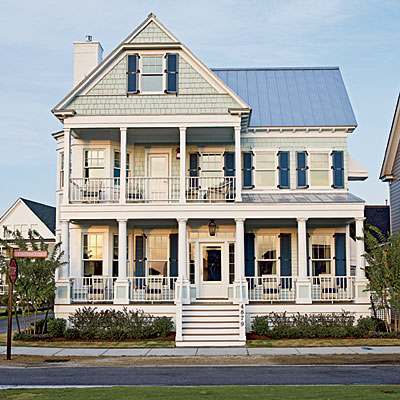 East Beach. A simple life on the Chesapeake Bay.